And yet again, I win the “world’s worst mother” award. It’s a good thing I’m not a little-kid person, because otherwise I’d probably leave my kids waiting for me in the rain after school when I was supposed to have picked them up an hour ago.

I didn’t ride Teddie Thursday because I didn’t feel like dealing with the snow.

I didn’t ride Teddie again today because I didn’t feel like dealing with the cold.

Truth be told, he’s probably not complaining – but it’ll probably be too cold again tomorrow, and the little bugger’s bound to be a handful for me on Tuesday! I even did an extra-long workout in attempts to kill time and give it a chance to warm up.

Unfortunately for me, “warm up” meant it raised a couple of degrees…from 10 below to allllmost 0.

Anytime you feel your nostrils freezing and your lungs burning when you step outside, I declare too cold to ride. Yes, I give you in the colder regions permission to poke and laugh at me.

Instead, I took the unplanned “morning off” to search for more ways to sell artwork other than just my Etsy. Including attempting to photograph a shot I printed, matted and framed yesterday.

Wouldn’t this look lovely hanging in your home?! I think so. (kidddding. Well, not really…)

Anyways. I won’t lie about being a leetle bit excited that it being so cold gave me an excuse to watch a mid-day hockey game against the Penguins. Usually I hate laying/sitting down and watching the tub in the middle of the day…but curling under covers and snuggling with a cup of hot tea was just the perfect activity for a cold day.

It was at this point that I got so upset I decided I might as well start marinating my tofu...

Oh, who am I kidding. I didn’t watch this game curled under covers, I watched it screaming and shaking my fist at the television. I sound a lot more sane if I just leave it at “sipping tea,” though.

...and it was at this point that I abandoned my tofu on my photography chair and went running back into the room.

….aaaaand, we lost. I’m just going to say they felt bad for the Pens after beating them so bad last time. That’s why we passed the puck to them so often, right, Susan? (just heckling – I’m happy for your boys. And you being a fan makes me not feel so grumpy about losing, because I’m sure it made you very happy.)

What better way to lessen the blow of a bad game than good food, right? 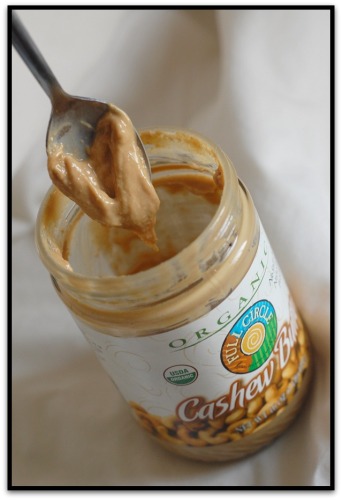 One recipe that stuck out to me while flipping through ED&BV was the cashew-ginger tofu. Ironically, I liked it a lot more before I read the ingredients past “cashew butter,” but I was pretty well sold on the title and the fact that it uses cashew butter alone.

…and then I read the rest of the recipe and decided I probably wasn’t going to like it as it used tamari. 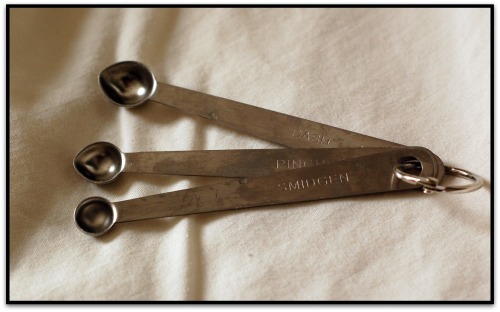 Not surprisingly, I did my own thing.

And loved it. A lot. Of course, one thing you guys miiiight not know about me is that I’m a closet cashew butter freak. Best nut buttah evah? I believe so.

The mellow flavor of the cashew butter combines so perfectly with the subtly sweet orange juice and orange zest, and the soft spice given from the ground ginger and clove. This tofu would be wonderful atop a nutty grain like bulgur or brown rice, preferably one seasoned with more orange and dried cranberries, too!

Inspired by Eat, Drink and Be Vegan’s Cashew-Ginger Tofu

Slice the tofu into approx 1/4″ slices, and then cut into triangles. In a small bowl, whisk together remaining ingredients until smooth. It will look like it’s separating at first, but if you whisk fast enough it will come together in no time. (yes, you might need to use your big muscles) Pour half the cashew mixture in a small sealable container, and then layer in the tofu. Pour remaining cashew mixture over top, cover, refrigerate and let sit at least one hour.

When ready to bake, heat a drizzle of oil in a nonstick pan. Spread out the tofu and cook until golden on both sides. Reserve the marinade in the container, and serve by drizzling it over top. Note that you could probably pour it in the pan while the tofu is browning, too, and cook until it gets thicker, but I wasn’t sure that it wouldn’t get “thick and pasty” like the original recipe warns of. Next time, I’d give it a try, though, as it was a little liquidy still.

What’s that? You want to know what that mess is I served it with?

That, believe it or not, was my attempt at a neat plating arrangement, but it really just backfired.

Once I tasted it, I didn’t care, however. Because this meal was good.

Heat olive oil in pan, add in onions. Cook until almost translucent and tender, add in garlic. Stir, add in mushrooms. Season with salt and pepper, cook until tender. Add in carrot, cranberries and juice of orange. Cook until most of the juice has been absorbed. Shut off heat, add in spinach, and cover until spinach is mostly wilted. Stir in nutmeg, orange zest and spinach until incorporated. 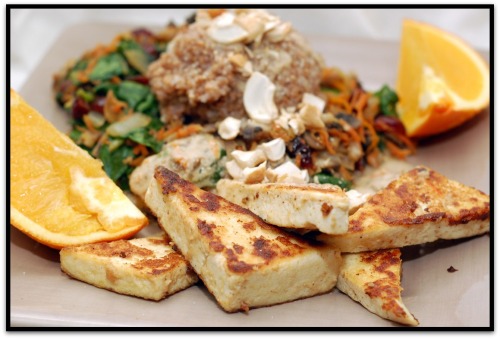 And that’s a scoop of bulgur on top, with some of the marinade spooned over and all topped with cashews.

Are you a wimp in the cold, too? Does weather have influence over your plans, or do you tough it out no matter what?