I could actually step outside today without feeling like I was going to lose my toes and nose after a couple of minutes! Phew. Of course…that doesn’t mean I was able to get much done, still, considering it didn’t get warmer until about 10:30. I went out to make sure Teddie still had his toes and whiskers, but didn’t ride him, just played. I feel “wrong” if I ride after 11. I know that doesn’t make sense, but it’s what he’s used to, too.

The one time I rode him in the afternoon, we had the most miserable experience to date, so maybe that’s my excuse.

Like human, like pet. Maybe we’re both morning people. Are you more productive in the morning or the afternoon? I wouldn’t say I use the afternoon to laze around – but if I’ve got a big project to do, it’s getting done in the a.m., not the p.m.! 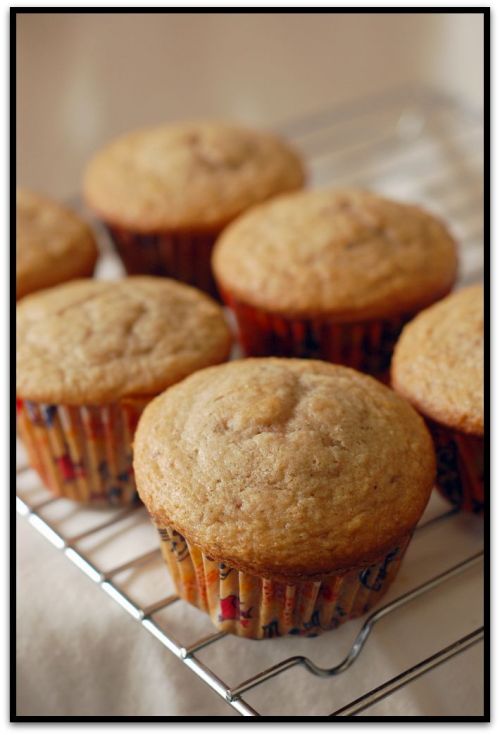 Take, for instance, this morning: I baked cupcakes and date bars before it was even 10:00. And yes, I made my own breakfast and even got all dressed, too.

And for what it’s worth, let this be a lesson to you all: do yourselves a flavor and use fresh baking soda. I’ve been using old baking soda for…well, probably as long as I’ve been blogging…and never really cared.

I figured the things I bake just don’t rise too much due to the fact I’m usually using whole grains and…er…different…techniques.

Well, that may have something to do with it…but not when I’m making something perfectly “normal.” The first picture – cupcakes I made this morning with fresh baking soda. Above – cupcakes made with old baking soda.

There’s a bigger difference than it looks.

I’ll be making sure I use in-date baking soda from now on, thankyouverymuch. 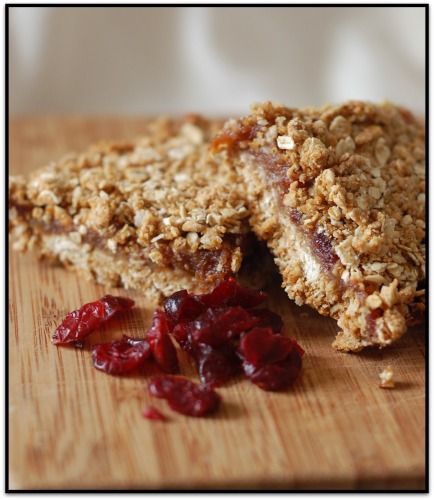 I bet at least half of you wouldn’t be surprised to learn that sometimes, I just do the weirdest things. Borderline stupid, but I’d rather not call myself stupid. I guess we’ll just settle on “spacey.” Head up in the clouds, nah’mean? Just this morning, I can think of three things that made me immediately shake my head at myself:

I’m glad my sister knows what’s up and Henry will eat just about anything served to him, because otherwise I might be in trouble. It’s a wonder I made it out the door with my head on this morning.

Please tell me I’m not alone – what’s the spaciest thing you’ve ever done in the kitchen?

Luckily, for all the things I do completely wrong, I can do things completely, right, too. I whipped up some rhubarb cupcakes on a whim based off of a request, and made some more date bars, too.

My mom and I were huge fans of the date bars out of Vive le Vegan last time I made them, and I knew it wouldn’t be long before I made them again. 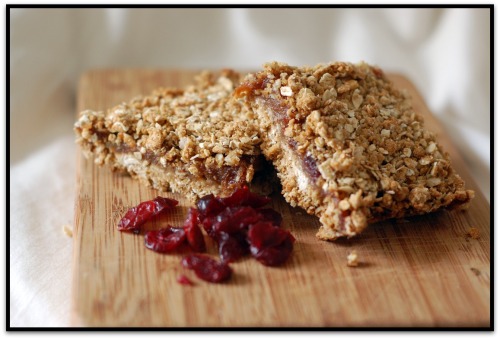 Since I can’t make the same exact thing twice (apparently) I switched it up a bit this time.

Well, it’s either that or the fact that lately I’m obsessed with anything cranberry-orange, in case you haven’t been able to tell. It’s becoming a little bit of a problem.

A problem I really, really don’t want to fix.

Preheat the oven to 350*. In a small saucepan over medium heat, combine all of the ingredients for the filling except for the zest. Cook approximately 10 minutes, or until the dates break down. It might not seem like that will happen – but just keep stirring occasionally and the mixture will become smooth and thick. Once it is done, stir in the zest.

In a separate large bowl, combine the oats, flour, sugar, salt and baking soda. Add the date syrup and almond milk and combined until clumpy, and then stir in the oil, again combining until clumpy. You might have to use your hands. The mixture will be crumbly but should hold together okay when pressed.

Lightly spray a 9×9 baking dish (or thereabouts) and press 2/3rds of the mixture in the bottom of the pan. Pour and spread the date mixture over top, and then sprinkle and then gently press the remaining crust mixture over top of that. Bake for about 28 minutes, or until golden on top. Allow to cool before slicing and serving. 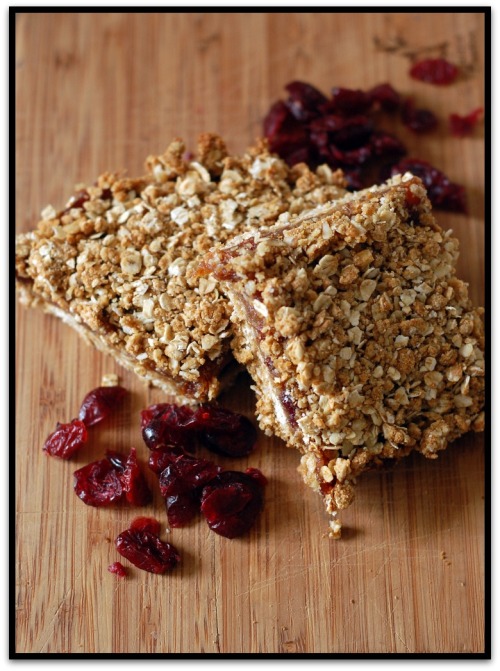 I was going to save some to bring to work tomorrow…but they might not be good enough.

Which is actually just Jess-speak for “These are too damn good to be giving away.”