I think it goes without saying that I’m pretty jealous of everyone at the Healthy living Summit right about now. I hope everyone’s having a blast!

While we’re all stuck in our “normal routine,” though – might as well enjoy some bangin’ eats, right?

The second I saw Sarena post about banana bread pancakes, I immediately questioned why I hadn’t yet made banana bread waffles. I think the fact that anytime I put fresh fruit in my waffles they stick to the iron had a lot to do with it – but this morning, I was brave. 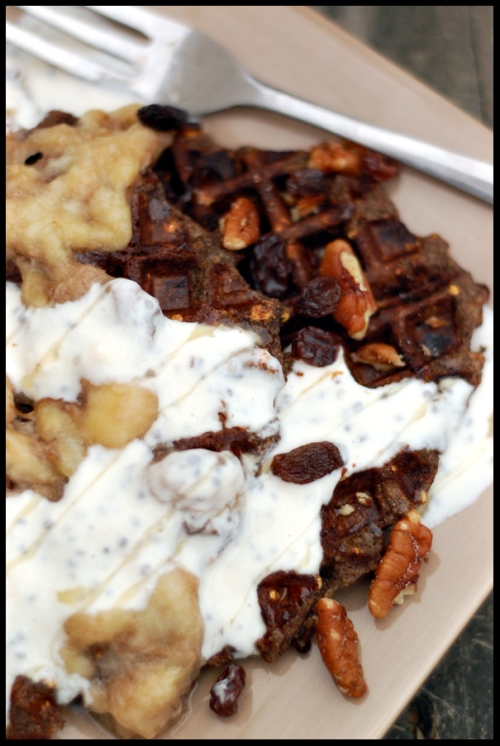 They're not very attractive - but the right toppings can help, right?

Buckwheat Banana Bread Waffles (for one!)

Make sure you spray/grease your iron well, and leave them on a little bit longer than the light tells you to. They’re very moist and dense, not like a typical waffle. 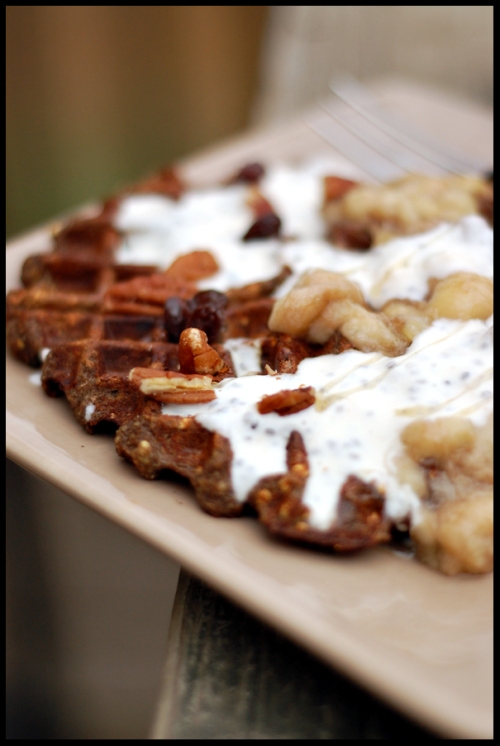 I topped it with some icing, a drizzle of honey, a melted banana, pecans, and some raisins.

Since today was Teddie and I’s photoshoot – I had some time to kill in the morning since it wasn’t until late morning that I’d be going to the barn. I needed some yogurt and general grocery items, so decided I had just enough time to take a quick trip there.

And let me tell you: it was nice to go in and not be rushed. lately I’ve been stopping real quick on my way home, and I just. want. to get. home. Today I was able to go up and down the aisles, and even picked up a couple of foods that I’d forgotten my love for – as you’ll soon see 🙂 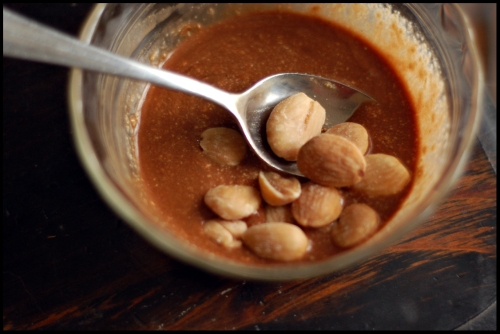 When I got back, I hardly had time to put stuff away, much less grab a snack. The solution? A big punch in a small package – brownie batter! Except, I’ll call it cake batter – as it was much more like a vanilla cake. I used ~1/2 scoop Bourbon Vanilla Tera’s Whey, spoonful of cacao bliss, and a splash of water.

Teddie was good! I’ll take anything after Saturday, haha. But he was a good boy. He tested me a couple times but this time instead of saying “F-you,” he said “ehhhhhh…..okay.” like Tuesday,  haha. I can’t wait to see the pictures!!

Mozzarella was one of my “old favorites” that I spoke of. I think I’m feta’d out – I’ve been eating it like crazyy! I was actually going to welcome mozzarella back into my life but then my mom surprised me with two containers of feta when it was buy one, get one free. There’s still a container in the fridge – but it’s unopened and the date is far away yet, so I had to have some mozzarella!

When I saw Gabriela’s post yesterday featuring a tomato sandwich, I realized it’s been far too long since I’d had one!

I’m not too sure why I was so set on getting the smoked mozzarella braid rather than the zesty herbs braid that I know I love – but I’m not 100% sold on the smoked flavor. I think it’s a little too…I don’t know…meaty? maybe? for me. It’s not bad – just a little overpowering! Ah, yes – that is the word.

Regardless, it did not ruin the lunch – this bread is definitely stealing my heart. 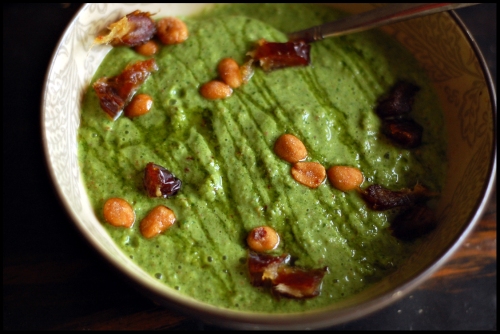 rounded out by a "small" green monster

I think I need to start toting my blender and produce to and from work with me – smoothies are so refreshing!

I resorted to being a total bum all afternoon, and actually enjoyed it! I’m not one to nap – but it was rather nice outside (not gross hot and sticky like it has been) so I laid down on our little bed-hammock thing and got quite comfy. Never dozed off (mainly because the four leggeds kept neighing at me to feed them – they weren’t due for dinner for three hours, though) but I was so cozy sprawled out with a cat by my side! And I think I’ve earned a naptime this week 😛 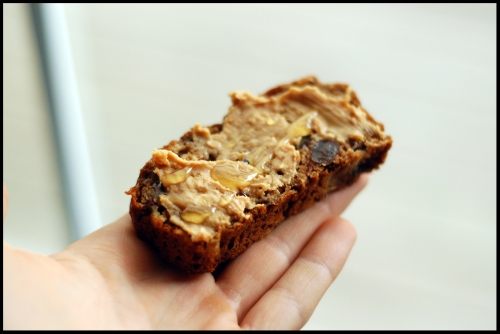 I could eat this snack all. day. long. Banana bread, peanut butter, and honey.

Finally, though, I couldn’t put off their calls to me any longer, and brought them a bit of hay to occupy them while I mucked them out before their dinner.

And took a walk through the garden!

The first "lemon boy" tomato. My mom and I had never grown yellow tomatoes before - but when we bought the plants, a woman could not stop raving about them. We decided - why not?!

I thought this guy was funny looking! Like a little nose!

I decided that these tomatoes would pair perfectly with my new/old food loves that I’d picked up today…how about polenta caprese bites?!

I made these as appetizers for us tonight. So delish, even though I should have added the basil last 😛

Sure – polenta is fun to make on your own. But buying a premade tube makes pan-frying it so much easier, and I just love the crunchy-meets-chewy texture that it gets.

My mom and I both loved – and the lemon boys are so good! They are just like a regular tomato – but without the slight acidity that red tomatoes can have. A very mellow tomato flavor. I am a fan!

Dinnah! Summer on a plate, if you ask me!

I also baked up the chickpea cutlets I made on Tuesday. I’m not sure waiting to bake them was such a good idea! They’re not bad – but both my mom and I agreed that they’re not as good as they usually are. Mind you, I also slightly overbaked them – but I don’t think that was it.

Regardless, I had it on top of a grilled balsamic & evoo marinated portabella cap with some smoked mozzarella, sliced tomato, and fresh basil. And, of course – leftover corn on the cob from yesterday. I think I’m the only one who doesn’t mind it day-old! Ironically – Henry brought home more today, and there’s another one leftover. Guess what’ll be making another appearance again tomorrow….?

Onto another subject, though:

While watching The Today Show this morning, there was a news segment that really irked me. Well, actually the Today Show always irks me because they make it seem like girls getting hit by foul balls because their boyfriends dodge it is the only important thing happening in America at the time. But I digress. What irked me most was a segment on “low cal breakfasts on the go.” It was all about eating out and eating breakfast, and the woman highlighted “good picks,” most of them being not necessarily filling and healthful – but low in calories! I mean, I was jumping with joy when I learned I could eat three french toast sticks for just 150 calories! Not. I don’t think three french toast sticks would keep me content for five minutes, much less hours. How about a bowl of oatmeal for the same, but with a whole lot more nutrition?

I’m not going to get too in-depth because Rebakah actually talked about it last night, and I can never say stuff as elegantly as her. But she brings up a great point, and 100% echoes my food philosophy – real foods provide us with nutrition, energy, and keep us going – something those diet foods can’t.